Metung Primary School, is situated in a natural bush setting on the Gippsland Lakes between Bairnsdale and Lakes Entrance. The local area has a healthy tourist industry based upon recreation, boating and fishing. 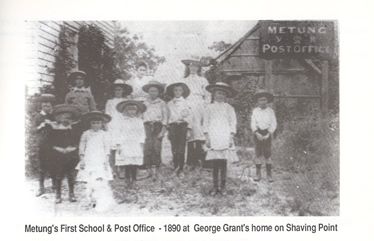 The school has come along way since its original formation in 1890, where class was held for the 11 pupils in a room that also acted as a Post Office. Staff, parents, School Committee and the community of Metung have dedicatedly worked together, to continually improve and enhance the learning environment for children being educated in Metung. Funds raised by this event will help improve the school’s numeracy/literacy program and upgrade playground equipment.

The school moved from the local Post Office in 1891 to a room built near the township’s front wharf, leased from hotel-keeper, Carl Krecklow. In 1901 petitions began from parents seeking a permanent school site. By 1913 the resiting of the school became a major issue and the School Committee sought assistance from the Shire.

‘The building for a school is small, very draughty, the drainage is bad, so that the children in winter have very often to sit with wet feet owing to the ground surrounding it being covered with water, its close proximity to the hotel is not good for the children, as the school ground being about 1/6 of an acre, the children must play on the roadway which is alongside the entrance to the hotel.’

The Committee’s application met with success and a new school building, located at the current site, was occupied in 1916 by twenty-seven pupils.

The school now consists of the original rural school and three relocatable classrooms. Two of these classrooms are brand new being part of a recent Government Grant.

The core focus of the school is to provide opportunities for all students to achieve academic excellence, develop to their individual potential, become self-motivated learners, develop a sense of pride in their work and themselves and become active members of the community. Also the school aims to develop an atmosphere in which children care for and respect themselves, other people and their environment. 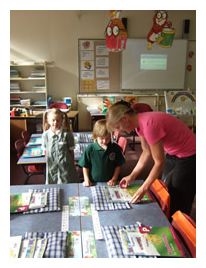 The school’s curriculum priority over the past 4 years has been the development of a Mathematics program. This year the continued focus was on English, through the Early Year’s program, and Mathematics, with a focus on Early Years Numeracy. An additional focus is the development of The Arts (Fine Arts and Music) and Science. A Specialist teacher is employed to provide enrichment programs in these areas.

The broad focus for the future is the development of the Victorian Essential Learning Standards (VELS).

Metung Primary School aims to maximise the potential of it students both as individuals and within the community through nurturing a safe and stimulating environment where high expectations, empathy, inclusivity, teamwork, academic rigour and life-long learning are valued.